2019 marks five years of the Narendra Modi government.
What are its implications and importance?

Translating Governance to Mandate
Investing in New India- Finding the Money
The Fifth Year: Undercurrents in Participatory Democracy
The Digital Estate
Is De-globalisation the New World Order?
Making Data Protection a Reality
Hackers at the Gate

India’s 72nd Independence Day has just passed by. It’s milestone 75th is just three years away at 2022. 2014 marked a historic year when the Narendra Modi government rocked the nation by coming to power at the Centre after an unprecedented election. 2019 will mark five years from then when the next elections are due in the first half of the year.

The year before that is crucial. 2018 could well be decisive in shaping the future course of the nation. For this year will bring together once again a major thrust and last push forward by the government in political and policy direction, unite the opposition together in a bind to alter the political discourse next year, reshape regional politics and economy, take stock of the last four years of the government, influence the new global economic order and be the last great opportunity to translate governance into mandate.

Crucially, these developments today have the potential to position India as the world’s most influential democracy in the second half of the 21st century, giving it the ability to shape dynamically and dramatically the evolving global order.

That is why the SKOCH Group has decided “THE FIFTH YEAR” as the theme of the State of Governance Summit 2018.

The Seven Pillars of the Summit are:

Over past four years, the macroeconomic framework of the country has witnessed considerable strengthening. The government leveraged the clear mandate to commission widespread structural reforms. The resolve to bring about a lasting change has been evident in the action taken on some of the most difficult and long pending areas of reforms including GST and infrastructure.

However, of late fresh challenges have come to the fore especially on the external and internal fronts. While the rise in international commodity prices and the increased propensity of countries towards protectionist measures have emerged as major concerns on the external front, the less than expected progress on some of the flagship initiatives like Make in India and Skill India have seen the government in a stock-taking mode. While rural India continues to perform well, agriculture remains a major area of concern.

This is where 2018-19 – The Fifth Year – will be critical in translating Governance into Mandate for the current government. How can this be achieved?

New India will be built on infrastructure. Infrastructure needs investments. This is currently in short supply. Legacy sub-optimal policy decisions, poorly drafted PPP contracts and the unwillingness of the state government agencies to pay up, even though they are contractually bound to bring to the table the ‘public’ part of responsibilities in PPP projects has created an impression of investments being high risk and a potential danger of infrastructure sector turning into another non-performing asset. The socio-economic impact of infrastructure companies and concessionaires exiting the projects and leaving the government to deal with the debt and inoperative infrastructure can be devastating. With the banking sector already in a serious NPA crisis and markets still sceptical on infrastructure, there are very few funding options left. In all earnestness, the Modi Government has taken steps to de-risk future investments in infrastructure and made the proposition attractive. In light of the above this panel examines the following:

72nd year since independence but we still haven’t been able to free ourselves from the clutches of biases and prejudices. Questioning should be an important pillar to participation but in India, tough and sometimes, the very basic questions are not even brought to the floor. The mood is such that people ask what “would” be asked and not what “should” be asked. Big, bombastic issues take up center stage even at mass debates while the real issues that bother Indians remain hidden simply because nobody wants to sound so “basic” and “self-centered”. In light of the above, the panel will throw light on the following points and discuss them:

Digital India has been the cornerstone of Modi Government since 2014. The thrust on anything Digital or electronic has been unparalleled. This is meant to help improve India’s notoriously slow delivery systems and eliminate corruption. Government claims savings of upwards of 90000 crores on account of Aadhaar alone. At the same time, civil society and independent expert voices have been advising caution. The panel examines the following issues:

IS DE-GLOBALISATION THE NEW WORLD ORDER?

Globalisation and opening up of Indian economy since 1991 has delivered rich dividends. The country historically caught-up in a 5% growth trap due to License-Permit Raj came of age and reported high single digit or even double digit growth post opening up of the economy. This lifted more than 200 million Indians out of poverty. With President Trump at the helm in US promoting an America First policy, the world braces itself for another trade war. A war that should logically be an America vs China battle due to a hugely lopsided balance of trade, India too seems to have willy-nilly wandered into this mine-field through its recent policy directions on Data Localization, e-Commerce and Privacy. Perception is that these directly and adversely impact global service providers in India through non-trade barriers. The proponents of such moves believe that it will generate jobs, protect Indian industry and be good for the economy if an India First policy is pursued across sectors. While industry offers death of innovation argument, this panel seeks answers to the difficult questions:

2017-18 saw data protection and privacy at the heart of the most heated courtroom battle in the Supreme Court. While privacy has been declared a fundamental right, judgement on Aadhaar is reserved. After a year of research, the Srikrishna Committee submitted its report to the Ministry of Electronics & Information Technology along with a legislation draft on data protection titled, “The Personal Data Protection Bill, 2018”, which is yet to be passed in the parliament. While, there was criticism of the Committee for being opaque and not including civil society in discussions, quite a few of its recommendations have found acceptance while others are being hotly contested. This panel examines the following issues:

HACKERS AT THE GATE

Having embraced a digital first policy, practically everyone in India is busy collecting data on everyone else. Large centralised depositories in areas like identity and elsewhere may act like a honeypot for cyber-attacks. These can be conducted at the fraction of a cost of conventional warfare, subversion or crime. Cross-linking of databases and no-alternative to digital services provisioning makes the idea of a cyber black-out very attractive and potentially devastating. 90% of the total amount of data available has been collected in the past two years due to digitisation and has made us more vulnerable to such attacks. The issues that this panel examines: 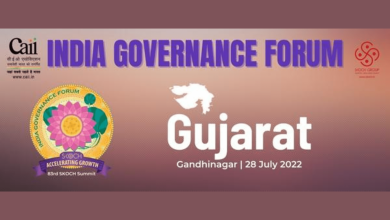 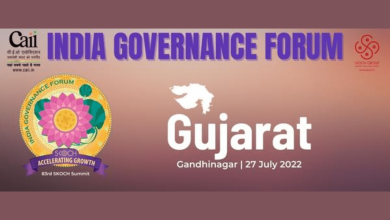