There is no more a question mark. The third wave of coronavirus has become ‘inevitable’ now.

There are only questions like when a new variant of COVID-19 will hit the country and whether and how well the centre, states, metros, and districts have prepared for it.

Reuters’ survey, based on an opinion poll of 40 doctors, scientists, epidemiologists, and professors across the globe, says it may hit India by October. Director, All India Institute of Medical Sciences (AIIMS), India’s premier health institute, Dr Randeep Guleria says that the ‘inevitable’ third wave could arrive in the next six to eight weeks while Maharashtra State Task Force member Rahul Pandit fears it may arrive earlier than expected if people do not observe COVID-appropriate behaviour. The task force believes that 10 percent of the total cases in the third wave could comprise children and young adults.

SKOCH Group, one of India’s leading think tanks dealing with socio-economic issues with a focus on inclusive growth since 1997, is organising a National Consultation ‘Preparing for the Third Wave’. The consultation would look at the views of the centre, state, cities and districts. To be organised in three parts, the first conference on the subject would take place on 3 July.

To be attended by stakeholders from sectors like administration, health, social welfare, urban development, the conference would deliberate upon issues relating to these subjects and subjects related to oxygen infrastructure, medicines, vaccination, demand and supply chains, and best practices, the centre, the states, cities and districts adopted to counter the second wave of the virus. They would discuss issues related to grassroots to governance and come up with strategies to defeat the pandemic.

The economic cost of the second wave is yet to be fully decoded. But one thing is clear that the first quarter of the current financial year has been hit badly. The State Bank of India, the largest lender, has cut down the FY22 growth forecast from 10.4 percent to 7.9 percent. Unlike the first wave when the rural sector remained largely unscathed, the second wave has devastated the rural economy. Besides, it has affected the informal economy, small businesses and poor people. The second wave led to a steep jump in health expenditure as well.

The centre and the state governments have already started gearing up to tackle the new variants of the virus in a possible third wave. The centre rolled out free vaccines for all above 18 years of age from 21 June. The universal vaccination involving distribution of free vaccines to the states for the 18-45 years category is expected to scale up daily vaccination numbers and vaccinate all adults in the country by the end of this year. The centre has already decided to distribute free ration to the poor under Pradhan Mantri Garib Kalyan Yojana (PMGKY) till Diwali.

The PM’s native state Gujarat has decided to tackle the third wave with ‘almost double the intensity’ than shown during the second wave. Its plans include almost doubling the oxygen beds, ICU beds and paediatric beds from the present 61,000, 15,000 and 2000 respectively. It will also be filling up all vacancies in medical field and step up testing. SKOCH State of Governance Review 2020, based on evaluation by expert juries, peer reviews, focus groups and conversation on the ground, had lauded the Gujarat government’s Mission Indradhanush Vaccination programme.

Kerala will increase administration of daily vaccine doses to 2-2.5 lakh and boost paediatric facilities, oxygen beds, ICUs and ventilators. Telangana, another southern state, which opened up recently, is improving infrastructure in all its paediatric hospitals and converting all hospital beds into oxygen beds. Karnataka is working to add oxygen plans in all its medical college attached hospitals. The state has formed a task force to suggest ramping up of paediatric facilities.

Maharashtra, which saw infection among 75,387 children (out of 134,470 in the country), is going to set up paediatric wards and creche network for parents in COVID care. Prime Minister Narendra Modi had lauded the ‘Mumbai Model’ during one of his Man Ki Baat addresses on radio. The model that cut down the doubling rate from 8.2 on 10 May to 433 in June, included decentralised hospital bed management, a platform based ambulance service, setting up of jumbo dedicated COVID health centres and hospitals with walk-in-facilities of beds, aggressive tracing, tracking, testing and treating mission in Dharavi and efficient oxygen supply management.

Arvind Kejriwal’s Delhi government is preparing to tackle 37,000 to 45,000 cases per day in the third wave. The state has set up task force for paediatric care and is going to ramp up PSA (Pressure Swing Adsorption oxygen generating plants) plants to 64 in the next few months. These plants will have a capacity of 64.69 metric tonne. The SKOCH State of Governance 2020 report ranked states on the basis of performance in the health sector also. Haryana and West Bengal occupied the top spot followed by Karnataka, Andhra Pradesh, Delhi, Uttarakhand and Kerala. The report made a special mention of digital management of the pandemic by Haryana, West Bengal and Andhra Pradesh. It called e-SANJEEVANI under the National Health Mission – Arogyakerralam – ‘most impactful’ in 2020

The report noted that the roles of police and safety and district administration have burgeoned during the pandemic pushing the country towards decentralisation. 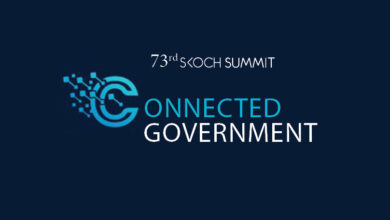 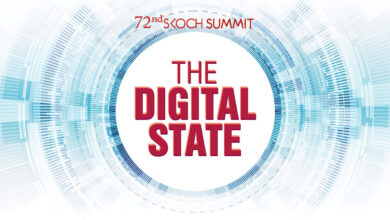 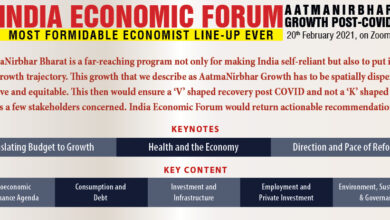 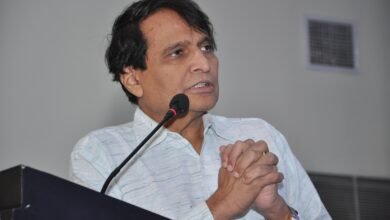